Drake’s Self-Definition in “Nothing Was The Same” – Kunal Naik

Wanted to tell you accept yourself

The charming Aubrey Drake Graham, AKA Drake, and his even more charming smile.

Drake is a performer. Watch any interview and it becomes clear from the second he steps on stage that he is in control of the room and directs the flow of the conversation while charming the audience so it’s impossible to dislike him. There’s that massive smile, so genuine that it has to be residual from years as a teenage actor. There’s the attire, almost a child’s attempt at looking professional. Beyond the immediate person, there’s the antics: the sweaters, the years on Degrassi, the bar fight with Chris Brown, the mentorship of Johnny Manziel. At this point, Drake has become more than just a traditional rapper—he’s an essential part of pop culture with a story that matches the fame originally acquired through his music.

His self-awareness of such cultural relevance is the basis of his newest album Nothing Was The Same. The fame and popularity are already there, removing the risk, allowing him to make the album the most unique listening experience he has crafted so far. With beats done, as usual, by Noah “40” Shebib, Drake’s in-house producer, and lyrics from the man himself, Nothing Was The Same is perhaps the most personal work Drake has released to date. The production is characterized by either orchestral minimalism or eccentric bursts of sound.  These conflicting soundscapes alternately accentuate lyrical introspection and yearning and showcase Drake’s burgeoning and boastful rap abilities. He tackles different time signatures with apparent ease, valuing the message of his words over all else. He may never be the best lyricist and Shebib may never be the best producer, but together they are perfectly synchronized on each beat, forming a landscape into which Drake need only supply his character.

It is this very character that draws me to Drake. He has the aforementioned sideshow of a background and personal life, yet somehow still manages to conquer both hip-hop and pop with his distinctive mix of the two styles. He sings the hooks and raps the verses like few have the talent, let alone the courage, to pull off. In the genre of hip-hop, Drake is the new kid on the block and is fully prepared for the expectations that come with that label. He has sacrificed a claim to being the best lyricist and the best singer, instead working towards being pretty damn good at both. As a result, he’s been mocked by Ghostface Killah, called out (along with a host of others) by Kendrick Lamar, and had his masculinity questioned by Gucci Mane, but none of that matters to him. Nothing Was The Same is Drake’s ultimate middle finger to anyone who questions his choices of lyrics, tone, and image.

Drake is a baller. At. All. Times.
Pictured here as Jimmy Brooks in Canadian hit teen-drama, Degrassi: The Next Generation

And why not? At this point there is simply not much left for Drake. In an art where so much of the subject matter is boasting, Drake has no need to establish dominance over his peers. The record sales, album reviews, and awards have done that for him, as he is easily one of the most popular and critically acclaimed musicians in America today.

Instead he’s rapping over sampled Wu-Tang Clan songs, remodeling to his own liking in the song “Worst Behavior” Ma$e’s iconic opening verse on Biggie Small’s “Mo Money Mo Problems.” He’s going back to the classics of rap for his inspiration rather than working with any contemporary artists. The only rap feature on the album (not counting “All Me” on the deluxe version) is from another historic heavyweight Jay-Z, who sounds old and outdated on the penultimate track “Pound Cake/Paris Morton Music 2”. It’s a rather fitting passing of the torch, as Drake has easily surpassed Jay-Z as the people’s representative in the rap industry. Drake tries to do everything at once, blending equal parts rap and pop to make music people can listen to while still presenting a depth of emotion. He takes the superstar life that most of us will never achieve and breaks it down into some of its core themes: excess, mimicry, self-affirmation, and insecurity to name but a few. He further breaks these themes into all too familiar emotions that humanize rappers and more generally celebrities in a way few others have accomplished.

While Jay-Z is speaking of having “Benzes before you had braces,” Drake manages to mix the material braggadocio with emotional boasting. He ends his first verse with the claim, “You know it’s real when you are who you think you are,” reminding listeners of one of his struggles: sorting through the sea of imitation to find the few pieces of authenticity untainted by money. While Jay-Z has opted to continuously mention how his money has enabled him, Drake has taken an opposing perspective and speaks about the problems his money has caused him. He portrays himself as equal parts successful and hurt as opposed to only enabled by financial excess—a far more human viewpoint than pretending to live any charmed life.

Drake trumps Jay-Z, reminisces with Biggie, and coexists with Wu-Tang well enough that his intent is abundantly clear. He’s not worried about his peers. He’s looking to cement a place in history. On the opener “Tuscan Leather” he tells critics, “Just give it time, we’ll see who’s still around a decade from now.” While on the intro to the aforementioned “Pound Cake…” we hear about how “Only real music is gonna last. All that other bullshit is here today and gone tomorrow.” Drake does not just consider his style to different from all others; he thinks he’s changed pop music and hip-hop for the better. He’s played to his crowd and charmed our social media generation with a mix of catharsis and punch lines #hashtagrap. There may be different thought processes behind each component of that mix but each are going to get plenty of “likes.” When the first single from this album, “Started From the Bottom,” was released, many mocked Drake for being from a middle class family in a rather affluent neighborhood (contrasted with Jay-Z, Kendrick Lamar, and others who grew up financially destitute), yet still saying that he was one who “started from the bottom.” The criticism misses the greater point of the song and of Drake’s revolution. Rap has glorified a struggle-filled background. The only problem is that this archetypical upbringing is the only thing Drake could never offer. Rather than changing who he is, he has opted to follow in the footsteps of another monolith, Kanye West, and change what listeners value, which is not so much a past filled with gangs and drugs, but more familiar themes including love for his single mother and the insecurity that comes with any level of success and its attendant scrutiny. He’s truly started from the bottom of the traditional hip-hop hierarchy thanks to his near spotless past, but has managed to change the criteria of judging in order to place himself at the top. 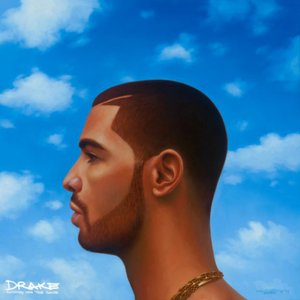 Drake’s Nothing Was The Same.

Nothing Was The Same is the culmination of this ascent. Drake has fundamentally changed the relationship between pop and rap. He has removed the necessity of struggle in rap and filled it with the desire of Michael Jackson, Marvin Gaye, or any other great crooner. He’s devalued starting from the bottom in a socioeconomic respect and shown that, in terms of fame, most artists start in obscurity. To Drake, taking his suburban middle class experience and converting it into music is as big of an accomplishment as that of any other historically great rapper who started in poverty. And the public agrees. Drake has used this knowledge to create his position as the people’s rapper: one who is relatable on some level for every individual.

This position stands as the crowning achievement of Nothing Was The Same. Drake has cemented his place as someone who illuminates and popularizes new forms of hip hop, with hits like “Hold On, We’re Going Home” serving to contradict anyone who challenges how “hard” he is as a rapper. At the intersection of rap and pop he stands without competition. He may be looking for a place on rap’s Mount Rushmore, but in all actuality Drake has excelled as the king of both genres. He’s established his place not by trying to be something false but by playing to his strengths and hoping the public embraces him for what he is. In that sense, Nothing Was The Same is the ultimate test. In the light of pure, unadulterated Drake, he has continued to earn incredible amounts of approval and critical acclaim. Drake is well on his way to achieving his place in history and he’s doing it in the only way he knows: his own.

Tags: Drake, Nothing Was The Same